Special event: “AI, democracy and society – what will the new decade hold?”

Special event: “AI, democracy and society – what will the new decade hold?”

We cordially invite you to our special event on Thursday, January 23, 2020

In this new edition of the Conditio Humana Soirée, we will explore what the new decade may hold in stock: where will AI be headed in the years to come? What repercussions may this development have on democracy and its institutions? What solutions we may find will improve society? Conditio Humana’s Alexander Görlach will have a panel discussion with Thomas Ramge and Christoph Bieber, two astute experts on AI and on democracy in the digital age. 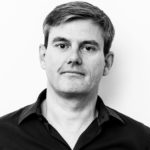 Thomas Ramge is the technology correspondent for the business magazine brand eins and writes for The Economist. He has authored more than a dozen books which have been translated into 18 languages. Thomas’ work reflects all things digital, connecting the dots between technology, its impact on business and management and its consequences for society and policy-making. 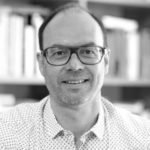 Christoph Bieber is Professor of Political Science at the NRW School of Governance, University of Duisburg-Essen, Germany. The position is funded by the Johann-Wilhelm-Welker-Stiftung, the main area of research is ethics in political management and society. Since April 2019 Bieber is delegated to the Center for Advanced Internet Studies in Bochum (cais.nrw), where he is coordinating the development of a new research institution on digitization and society.

Alexander Görlach is the editor in chief of conditiohumana.io. He is a linguist and theologian who works on narratives of identity, politics, and religion, and liberal democracy, as well as secularism, pluralism, and cosmopolitanism. He was a visiting scholar to both Harvard Divinity School and Harvard Center for European Studies and a J. F. Kennedy Memorial Policy Fellow at that Center in the academic years 2014-2017. Alex is senior fellow at the Carnegie Council for Ethics in International Affairs, a fellow at the Center for the Governance of Change at IE University in Madrid, a senior research associate at Cambridge University’s Institute on Religion and International Studies, a senior advisor to the Berggruen Institute, and a honorary professor of ethics and theology at Leuphana University of Lüneburg in Germany. Prior to his current engagement at Cambridge University Alex served as a fellow to the Center for Research in Arts, Social Sciences and Humanities (CRASSH). In the academic year 2017-2018, he was also invited as a visiting scholar to universities in Taiwan and Hong Kong. In East Asia Alex looked into the democracies of the region and how the cope with the rise of China. One narrative of identity he is particularly researching on is the narrative of work. Given the rise of AI, algorithms and an increasing automatization it is crucial for him to reassess how individuals and societies perceive work and its impact on self-worth and identity. Alex is an op-ed contributor to The New York Times and the Neue Zürcher Zeitung, among others. He is also the founder of the debate-magazine The European and served as its editor-in-chief from 2009 until 2015. Today he also publishes the initiative www.saveliberaldemocracy.com.

The working class rejects their association with t...

We lack a unified understanding of what ‘safe’...

The purpose of computational statistics and intell...

“Virtue ethics asks that in order to do good...